Getting to Castle Quay couldn’t be easier, with a variety of transport options.

If you’re visiting Castle Quay by car, you will find us located in the centre of Banbury, just a short drive from the M40 and several major A roads connecting us to the rest of Oxfordshire, Buckinghamshire and beyond. Follow your satnav to OX16 5UN.

Banbury is well served by bicycle routes and Castle Quay has bicycle racking provided in the Bridge Street and Cherwell Plaza areas. 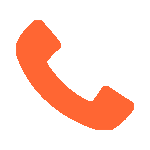 keep in touch with us via social media

Our Privacy Notice has been updated to make the information more transparent to you – for more information on how we process your personal data, please see here.

We use cookies to personalise content and ads, to provide socia l media features and to analyse our traffic. We also share information about your use of our site with our social media, advertising and analytics partners.

Decide which cookies you want to allow. You can change these settings at any time. However, this can result in some functions no longer being available. For information on deleting the cookies, please consult your browser’s help function. Learn more about the cookies we use.

With the slider, you can enable or disable different types of cookies: